Children will be left with an inhabitable world if the threat of climate change and carbon emissions would not be countered soon enough, says media advocate Augusto Beato.

Portland SEO, which Beato leads, is hoping that a media campaign would bring in more benefactors to counter the threats of climate change.

The 54-page report, entitled "A Future for the World's Children?", analyzed the environmental situation in 180 countries and revealed that a warming planet and the degradation of ecosystems, along with conflict, inequality and predatory marketing practices are threatening children. 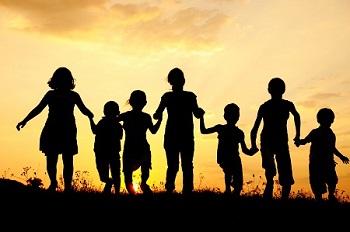 It was written by over 40 scientists and experts convened by The Lancet, along with the United Nations Children's Fund and the World Health Organization.

The report attributed the global deterioration to children's health in the last two decades to factors such as climate change.

The team's Sustainability Index, which ranks countries on their carbon emissions per capita calculated the excess emissions.

While children belonging to high-income countries have the best survival chances, those nations the least contributors to global sustainability and, potentially cause more damage to their children in the future.

The United States and Australia dwell in the index's bottom 10 at 173 and 174 respectively, while the United Kingdom is ranked 133rd.

Beato noted that companies and individuals should follow Amazon founder Jeff Bezo's lead in pledging $ 10 billion to find ways in combating the evils of climate change.

Those interested can reach Portland SEO by clicking here.

The money, which will go to the Bezos Earth Fund, will be used to finance scientists, NGOs, and activists in their efforts to preserve the world.

Bezos, the world's richest man who is worth $129.9 billion, has clashed with US president Donald Trump due to environmental policies, including the withdrawal of the US from the Paris Climate Change.