Drug users who inject illicit substances directly into their bloodstream for a more intense high are likely to suffer from collapsed veins and bacterial infections of the blood vessels and heart valves.

Golden Peak Recovery reminds people with substance abuse problems that both illicit and prescription drugs present similar risks. Just because a drug is prescribed by a doctor doesn’t mean it is completely harmless. The opioid epidemic shows that prescription drugs can be just as addictive and as dangerous as illicit substances if they are abused.

Drug abuse, in general, can damage a number of organ systems, influencing a decline in physical health. The cardiovascular system is one system that is particularly affected by certain forms of drug abuse.

The cardiovascular system includes the heart, arteries, veins, and capillaries that move blood around the body to supply organs and tissues with oxygen and nutrients while eliminating carbon dioxide and other waste.

The effects of abusing illicit drugs and prescription medications can range from mild to deadly, and the severity will depend on the person’s intake, and how long they have been abusing a certain drug.

Long term abuse of psychostimulants can cause spasms of the heart muscle that eventually lead to tears in the arteries supplying the heart with oxygen, as well as the walls of the heart itself.

Similarly, opioids pose grave risks even to casual and recreational abusers. However, the effects of these drugs on the cardiovascular system are the opposite of stimulants. Opioids generally decrease sympathetic signaling in the body, while activating the parasympathetic nervous system, which controls the “rest and digest” state of various organs and bodily systems. This means it slows down the body’s systems. This is true for heroin, codeine, hydrocodone, oxycodone, and other opioids.

Taking drugs intravenously in order to get a faster and more intense high may lead to disastrous consequences for the body.

Regardless of what drug was used, injecting any illicit substance directly into the bloodstream can pose many risks. Using improperly sterilized paraphernalia is very common in recreational settings. Sharing needles puts the drug abuser at risk of blood-borne illnesses and infections.

Intravenous use of drugs may lead to scarred or collapsed veins, bacterial infection, and infections in the valves and lining of the heart. Some additives and contaminants may not be fully dissolved before injection. These contaminants can clog blood vessels supplying oxygen and nutrients to organs, leading to infections and tissue death in vital organs like the lungs, liver, kidneys, or brain. 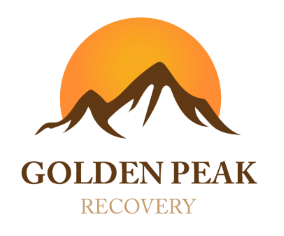