Researchers have found that most drugs have adverse cardiovascular effects, ranging from abnormal heart rate to heart attack.

Substance abuse can cause changes in body temperature, heart rate, and blood pressure. It may cause headaches, abdominal pain, and nausea. In more severe cases, the drug user may suffer from heart attacks, seizures, and respiratory arrest. In addition to these physical effects, the person may also suffer from psychological effects like impaired judgment.

Cocaine is known to be particularly dangerous for the heart. It has even gained a reputation for being “the perfect heart attack drug”.

The powdered form of cocaine is either snorted or injected into the bloodstream. Crack cocaine, on the other hand, is a form of cocaine that has been processed to make a rock crystal that can be smoked. People who take cocaine recreationally have higher blood pressure, stiffer arteries, and thicker heart muscle walls than non-users. All of these symptoms can lead to a heart attack.

An Australian study presented at the American Heart Association’s Scientific Sessions in 2012 documented these cardiovascular abnormalities in seemingly “healthy” regular cocaine users. These abnormalities persisted long after the effects of cocaine have worn off. Researchers showed how users had higher rates of multiple factors associated with higher risks of heart attack and stroke.

Cocaine users experience a 30 to 35 percent increase in aortic stiffening. They have higher systolic blood pressure, and they have an 18 percent greater thickness of the heart’s left ventricle wall.

Amphetamines are similar because they can have adverse effects on the cardiovascular system. This class of drug includes methamphetamines. These drugs are prescribed for the treatment of obesity, Parkinson’s, narcolepsy, and attention deficit hyperactivity disorder or ADHD. However, these are habit-forming drugs, which is why they tend to be abused. Amphetamines stimulate the central nervous system, increasing heart rate and blood pressure, among other effects.

According to the National Institutes of Health, the number of illicit drug users aged 50 and older is increasing. Illegal drug users aged 50 to 59 more than tripled between 2002 and 2012: from 900,000 to more than 3 million. This means more people are at risk of cardiovascular disease.

Hope Canyon Recovery’s treatment programs are specifically designed to keep clients safe and comfortable as they heal from the effects of addiction. Contact Hope Canyon today and get started on the journey towards recovery. 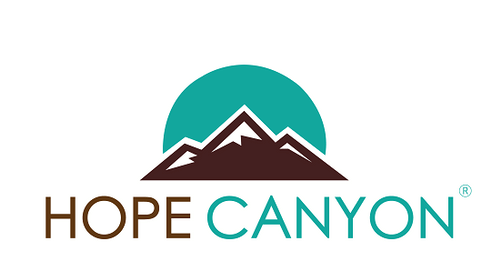