MeetPositives.com (Meet Positives), one of the Internet’s best-known dating websites for singles with STDs (Sexually Transmitted Diseases), has now launched its long-awaited app which will have 100% compatibility with Android phones, iPhones, tablets, and desktops.

Those who acquire a sexually transmitted infection (STI) often feel that they are alone, but the truth is, they are not. According to the CDC, there are 20 million new viral infections every year with the most common STI/STDs being: Gonorrhea, Chlamydia, Hepatitis B, Genital Herpes, HIV, Syphilis, Trichomoniasis and Human Papillomavirus (HPV). 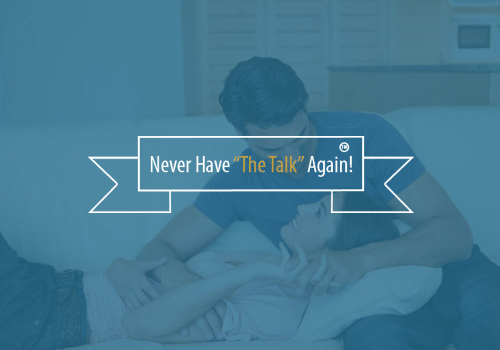 These infections and diseases are increasing and half of them occur within the 15-24 age bracket as this group is the most sexually active. Experts have estimated that the number of sexually transmitted infections among Americans now totals more than 110 million. Even allowing for the fact that the figure is for infections and not people (some people may have more than one infection), it is still a staggeringly high figure. Although many of these infections cannot be cured, their symptoms can be treated and managed meaning those with an infection can still lead a long and healthy life.

A significant number of affected singles are in their early to mid-twenties and it is at this age that most singles are looking to date and find love. Dating or looking for love is hard enough at the best of times, but it becomes much harder still if someone has an STD or an STI.

There is still a lot of stigma in society concerning getting an infection or virus through sex. People are embarrassed to get one and feel that they have somehow done something wrong. The stigma society attaches to STIs and STDs is part of the reason that they are on the increase. People do not get tested and so the infections are passed on to others.

In addition, when couples meet and get to know each other, it is usually sex that is on the agenda, rather than sexual health. Often sex will take place without one partner disclosing their condition and eventually, of course, the other partner will realize they have an infection and the accusations will start. Not many relationships will survive that. Even those who are honest about their condition dread having to face the fact that sooner or later it will be necessary to have “The Talk.”

Meet Positives initially reached out to many STI and STD sufferers to learn from their experiences of just how difficult it was to date when being positive. And so, the company’s catchphrase “Never Have ‘The Talk’ Again” was born.

A spokesperson for Meet Positives said, “‘The Talk’ is one of the biggest problems facing someone with an STI or STD when dating. Our aim was to help positive singles avoid this embarrassment and the potential rejection that often follows by matching them with people who are living with the same condition.”

Meet Positives’ algorithm not only matches members living with the same condition(s), but also by distance or any other personally saved criteria within a member’s profile. It is not just those looking to date or for love that join, however. Many members joined because they wanted to learn more about their conditions in the discussion forums and perhaps, even to share their own stories.

Sylvia J., a Meet Positives member, said, “I had been through “the Talk” three times and each time it ended the relationship. I stopped dating completely because I just couldn’t face going through it again. I came across Meet Positives on the Internet and saw their catchphrase about never having “The Talk” again and joined there and then. Since joining, I have learned more about my condition by talking with others and recently I met someone, and we started dating. It was such a relief not to have to go through “The Talk” again.”

Meet Positives.com became part of the Internet in 2014 with one simple aim, which was to offer a safe place for positive singles to learn and hopefully meet someone with whom they could enjoy having a healthy relationship while living with an STD.

December 18, 2019 – Meetpositives.com Releases Gay STD Statistics In The US

December 17, 2019 – The LGBT Community Can Now Find Love On A Secure Platform