Although Australia benefits from the mining industry through export income and employment, those benefits do not come without a cost. Mining activity coupled with lower than average rainfall has led to frequent dust storms and people are becoming very concerned over the increasingly high levels of particulates being recorded. These particulates are airborne and small enough to enter the lungs, causing potentially fatal respiratory problems and even increasing the risk of heart disease. 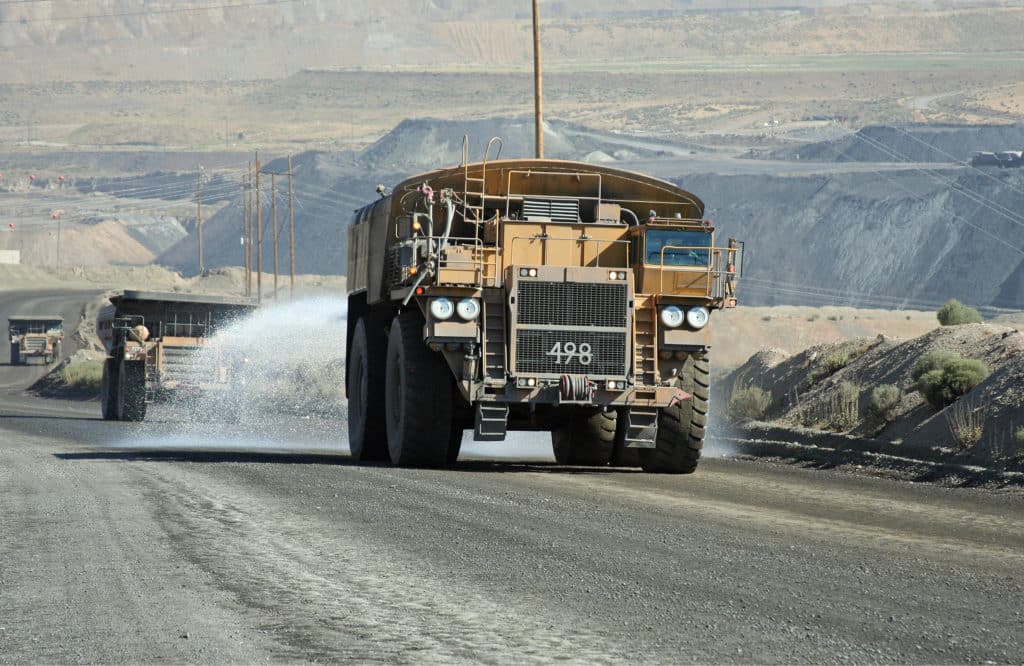 Janey McDermott, who lives close to a mine in Queensland, said, “The dust has got worse and worse and we’re seriously considering moving. It gets everywhere and we have three kids to think about. Something needs to be done about dust suppression before it makes us all sick.”

It is not just local residents at risk, of course, the front-line miners themselves, as well as other mine employees, are also at risk. A recent study conducted by the Queensland Department of Natural Resources, Mines and Energy examined this issue in-depth and led to the publication of “Recognised Standard 20” (RS20). This initiative aims to improve dust control around mining sites and to reduce the impact of air pollution on local communities.

The directive outlined in Recognised Standard 20 specifically calls for the use of additives and chemicals to be used on affected areas to capture and encapsulate dust and help prevent it from becoming airborne. Spraying specific applications on problem areas will reduce the amount of dust being blown into the atmosphere thus lowering the impact on local communities. The overall aim is to reduce the currently recorded high levels to be lowered to an acceptable level of risk to persons arising out of coal mining operations.

Global Road Technology (GRT), an internationally operating but Australian headquartered firm, strongly approves of the efforts being made by the Queensland Department of Natural Resources, Mines and Energy to combat the problems raised by mines and mining.

GRT is thoroughly invested in solving the problems of dust control and its research and development department has produced many groundbreaking chemical additives and processes designed specifically for dust management.

Daniel Grundy, a spokesman for GRT, said, “GRT has developed a range of innovative chemical additives – GRT: Haul-Loc, GRT: Activate, and GRT: ACTIVATE UG, among others, and all are designed specifically for managing dust and ensuring it is contained onsite – protecting workers and residents nearby.”

GRT’s dust suppression solutions help mine owners meet their obligations under current legislation. Utilising GRT’s expert engineers, mine owners can not only improve conditions for all concerned but can improve their bottom line. Airborne particulates damage moving parts in equipment and plant - so reducing this means reduced maintenance costs.

GRT’s cost-effective treatments are eco-friendly as they also greatly reduce the amount of water required to manage dust - in some cases eliminating it. Historically, water has been used to suppress dust by mining companies but is not very effective and consumes vast quantities of water. For example, GRT: Haul-Loc, a specialised concentrated additive suppresses particles up to 500% longer than water alone leading to a significant reduction in water consumption and water truck utilisation.

Eco-friendly products are becoming increasingly important due to drought conditions developing so alarmingly. Products and solutions that use less water are thus of paramount interest to the mining industry during periods of drought.

There is no single definition of drought, but it is often defined as rainfall over a three-month period being in the lowest decile of what has been recorded for that region in the past. This is the definition currently used by the Australian Bureau of Meteorology.

Historically, Australia has been a country repeatedly hit by a cycle of drought and floods, but trends in recent years point to a significant increase in drought conditions.

The latest government figures show around 60% of Australia is in decile 1 (the lowest 10% on record). Severe drought has developed once more across much of eastern and inland Australia including Queensland, New South Wales and Victoria, as well as extending into parts of South and Western Australia.

Australia faces extraordinary drought conditions and an uncertain future if steps are not taken to address the issue. A reduction in dust and in water usage by mines is a critical factor in doing so. GRT’s dust suppressant additives not only reduce water usage significantly but lead to a dramatic reduction in dust.

January 31, 2020 – GRT's Expertise and Learnings Can Help Address the BushFire Crisis In Australia

January 15, 2020 – Re Emergence of Black Lung in Mining Industry and Preventative Measures