New York, NY based Maggie Flanigan Studio is pleased to announce that students who are serious about honing their acting talents may now sign up for their new 18-Month Acting Program for 2020. A beloved staple of the area since their founding in 2001, the Maggie Flanigan Studio has hosted some of the best acting program New York has to offer. They specialize in the Meiner technique of acting.

Fledgeling actors who wish to proceed with their training at a faster pace will be pleased to learn that the 18-month Meisner program offers the same curriculum as the academy’s established two year long counterpart, an option that has already proven extremely popular with former students. The main difference between the two variants is the fact that the shorter program does not include any allotted time for the vacation and holiday breaks that come with a two-year conservatory. As the school notes on their website, “This compressed schedule is an ideal option for students who cannot commit to a full 24 months, as well as for international students looking to study on a M1 Student Visa.”

Acting classes run Wednesday nights from 6–9 and Saturdays from 11–2, from January 4, 2020 through July 31, 2020, and second year classes will begin the following September. This acting schedule, according to the academy, was developed with full time employees in mind—students who work a typical 9-5 job that takes up the majority of their day. Given that the school strongly believes that making a living should not prevent an individual from pursuing their true calling, they wanted to give aspiring actors the option to attend classes at times that they would find more reasonable or convenient without having to sacrifice attendance at their place of work (and therefore sacrifice any income).

Maggie Flanigan Studio adds, “January students also get the advantage of having Karen Chamberlain, the studio’s senior teacher, in their first year; following up with the studio’s Head of Acting, Charlie Sandlan, in their second year.”

The school’s conservatory acting programs have contributed greatly to their status as a bastion for trainee actors who are serious about progressing in their craft and self-expression. With nearly two decades of experience turning acting enthusiasts into highly capable and conscientious professionals, the Maggie Flanigan Studio attributes their success to their ability to immerse students within the Meisner technique of acting. This is due to the fact that actors trained under the Meisner approach wield a broad range of acting skills that can be brought out far more realistically and expressively, giving them a spotlight all their own when compared to actors trained by other means.

As Executive Director and Head of Action Charlie Sandlan elaborates, “Our enrollment is always smaller than other acting classes because we handpick our students in order to ensure that they receive quality, personalized instruction. What exactly is Meisner technique? Basically, it gets at the core of acting itself: the ability to emote truthfully under imaginary circumstances, and to be able to do so consistently. Most actors simply indicate their character’s emotional cycles—they pretend. Truly exceptional actors, however, learn to create organic, vivid human behavior.” 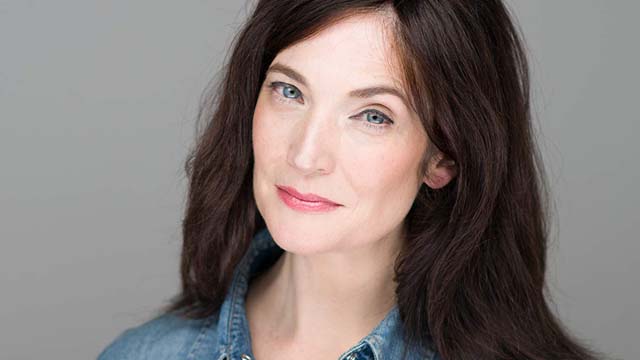 The effectiveness of this approach is reflected in the reviews left by former students. For instance, Joe R. shares in their 5-Star Yelp review that, “If you're ready to fully dive into a professional acting program that actually pushes you to be better, this is the one. Charlie will not waste your time or money by massaging your ego. His classes are taught in a fair, honest, and supportive way, with no room for distractions.”

They continue, “I have never had an experience like I've had in the Summer Intensive Program. It is worth every penny. Classes are made up of students of all ages from all over the world and walks of life, and the environment of support, trust, and expectations Charlie sets up really does leave you with a group of people that becomes your family. I've released all ideas of what I think I know, trusted in the work, and what I've gotten back already is priceless.”

Aspiring actors who would like to learn about the best acting programs New York has to offer may reach out to Charlie Sandlan of Maggie Flanigan Studio to make further inquiries about the academy and their programs. More information regarding class schedules and availability can also be found on their website, and hopeful students are encouraged to connect with the school through their social media platforms to explore the experiences of existing students.