Maggie Flanigan Studio, an acting studio based in New York City, has announced that they have recently interviewed Brenda Famurewa regarding her first year in the studio’s 2 Year Acting Program. This program is designed to train those who want to become a film actor by following the work of Sanford Meisner and the Meisner Technique. 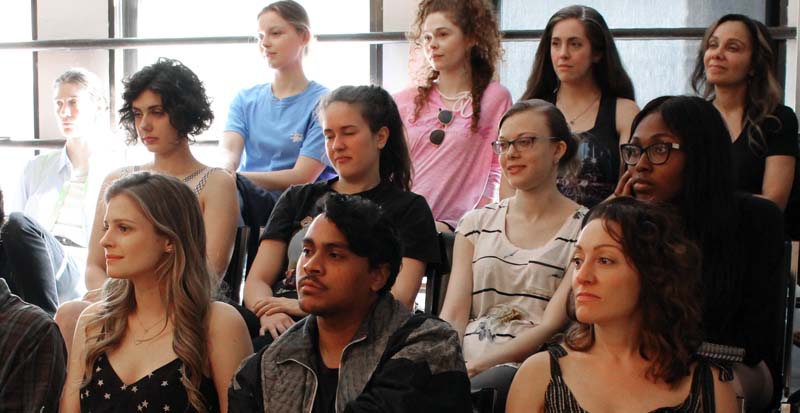 Brenda Famurewa had this to say when she started with the program, "I had been taking acting classes for two years and I was not getting any better. I wanted to find acting classes that were going to transform me. I found this studio online and decided to move to New York."

Brenda noted that previously she thought training to become an actor meant just getting some on-camera tips and scene study, and then learning what to do like saying the line correctly before going to an audition. After finishing her first year, her belief has changed. She says, “Well, now, I think it's a lot about your work ethic, for one. I think it takes a lot more work than people give credit to it. I believe that you have to really listen and honestly respond and to do truthfully.”

She revealed that it was her first time to study the Meisner technique. After learning the method during her first year in the 2 year acting program offered by the New York City drama school, she realizes that it is probably the best technique because it teaches students how to really listen to people, respond to them, and understand the behavior of other people correctly.

When asked what she had learned during her first year in the acting program, she says, “I think I've learned that I'm incredibly resilient. I didn't know before how closed off I had become to the world, or maybe it's just the way I grew up, I don't know. I think Meisner has shown me to be okay with who I am, to trust myself. It showed me that everything I feel is valid and that it's okay; it's not weak to show your vulnerability. It's such a beautiful thing.”

The two year acting program offered at Maggie Flanigan Studio teach students about the Meisner Acting Technique. The basic principle of the Meisner Method is for the actor to behave instinctively in responding to his or her environment. They begin with the basic Meisner repetition exercise that is designed to hone the student’s ability to truly listen, answer, and respond to the other actors. The students go through a series of training exercises that become more and more complex. This allows them to develop their ability to improvise, have access to an emotional life, and finally, to develop spontaneity in their acting through improvisation.

During the first year of the two year acting program, the students focus on the improvisational Meisner exercise that spans all the basics of acting. The students are then required apply the technique to three rounds of scenes. The students will also learn how to determine the previous factors that led to the current scene, how to emotionally relate to it, and how to cultivate an acting relationship.

Those interested in acting classes NYC residents can go to, may want to check out the studio website, or contact them through the phone or via email. They are open from 9:00 am to 10:00 pm, from Monday to Friday, and from 9:00 am to 5:00 pm for Saturday and Sunday.

November 27, 2019 – Eden Marryshow Talks About Maggie Flanigan Studio’s Acting Summer Programs NYC and How They Relate to Success and the Fear of Failure