Fort Worth, TX based Moon and Owl Marketing is pleased to announce that Jordan Fowler was recently featured on the Practice Growth Machine Podcast with host Troy Cole. CEO and Founder at Moon and Owl Marketing, Fowler is an industry leading expert in the research and application of Search Engine Optimization.

As Cole notes, “In my experience, it can be difficult, if not downright impossible, to get straight answers from such companies. That’s why on today’s show, I invited my friend and search engine optimization aficionado Jordan Fowler from Moon and Owl Marketing,” to share his inside knowledge on search engine optimization for medical websites. Cole states that his goal was to seek such answers from Fowler: in particular, which questions clients should ask so-called optimization experts to check whether their services are worth the investment (that they are as knowledgeable as they claim), how to keep track of month-to-month optimization performance without getting bogged down in the minutiae, whether Google treats medical websites differently to other companies, and so on.

At Cole’s request, Fowler began with a short overview of what Search Engine Optimization, also known as SEO, is and why it is important for businesses of all kinds, stating, “At its most basic level, it’s just getting people to discover you online and then to start to trust you and like you, and then from that journey where they type something into Google, or Bing, or something like that, to end up selecting you as the solution to their problem or situation.” The crucial part of this evolution from ad viewer to loyal consumer, he says, is that SEO has the ability to bring in customers who are otherwise wary of being advertised to.

Currently, businesses may be more familiar with the use of paid Adwords as a means to bring in more customers, but this has several limitations. Fowler says, “A lot of people will say, “Well, I’ll just use paid AdWords.” And all the research is showing us that a lot of users are skeptical and they won’t click on the ads—and in fact, even the people that do AdWords say 59% of your traffic will never click on an ad.” He explains that properly implemented SEO can sidestep this issue by making a medical website more likely to organically appear near the top of search results in an organic manner.

Furthermore, he states that businesses should focus their marketing efforts on Google and Facebook. While other search engines and platforms exist, he says, none of them boast the traffic that Google and Facebook do. Those who wish to learn more about the field may also check out Moon and Owl Marketing’s brief SEO Wheel Video. In it, the company instructs viewers on the 10 aspects of SEO they need to engage in to stay up to date with changes in Google’s algorithm and other factors that influence SEO.

However, he cautions that gaining a high ranking is not enough to secure a new customer. Fowler says, “Being ranked in organic’s really important, and so not only do you want to pop in on the search results, but you also want to be seen as the most credible.”

He also warns that companies who seek out expert help with their SEO often run into three types of SEO agencies that offer poor results for various reasons. The first one, he says, will refuse to share details on what they are doing to improve SEO for their client. “They won’t be transparent. They just say, “Trust us,” they won’t tell you the action they’re doing on the site or the strategies they’re implementing each month,” he says, adding that it is unwise to trust these companies because the client would likely have no way to accurately track how well they are doing.

Next, some agencies prefer to put themselves ahead of their clients. Fowler says, “This is where usually it has a very charismatic leader, and they are more concerned about getting invited to speak at MOZ or one of these huge SEO conferences.” He adds, “Their primary agenda is the self and self-promotion,” so they might be incentivized to put themselves ahead even if it comes at a cost to their client.

Finally, Fowler advises businesses to stay away from SEO agencies that do not focus entirely on SEO or do not know how to measure their own success. For instance, he says, “An SEO company would come back to one of the clients we had and say, “Look, we ranked you on this term. You’re number one. And if you didn’t look deeper, you wouldn’t realize nobody’s searching for that term.”

As a Fort Worth SEO agency, Moon and Owl Marketing, however, seeks to improve their clients’ SEO in specific ways that attracts a higher percentage of engaged, paying customers. Fowler states that there are more accurate metrics of success to track than search engine rankings alone, such as conversion rates (how many people who click on results later become patients).

Those who would like to learn more about SEO, or consult with established and experienced experts in the field, may contact Jordan Fowler of Moon and Owl Marketing. More information is also available on their website, and interested parties may connect with the company through their social media channels to stay up to date with their latest news and announcements. 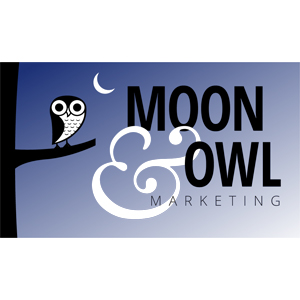 About Moon and Owl Marketing:

October 14, 2019 – Moon and Owl Marketing Recognized As A Best Fort Worth SEO Company

August 28, 2019 – Moon and Owl Marketing: What To Consider Before Hiring An SEO Agency In Fort Worth