Greenville Brain Training, a business based in Greenville, South Carolina, has shown how neurofeedback and peak performance are connected. The company points to a recent study by biomedical engineers at Columbia Engineering where they showed that online neurofeedback can change an individual’s arousal state. The state of arousal, which is being agitated, fearful, or calm, has been found to have a significant impact on a person’s performance, such as the ability to make judgments, make optimal decisions, and actions in real-world dynamic environments.

The researchers used a brain computer interface (BCI) to provide the neurofeedback and monitored through electroencephalography (EEG) the arousal states of the study participants when they were doing a virtual reality aerial navigation task. The system produced a neurofeedback signal that allowed the participants to reduce their arousal in certain difficult flight situations, which was found to improve their performance. This study was published only recently in the “Proceedings of the National Academy of Sciences”.

The 20 subjects participated in a virtual scenario where they had to navigate a simulated airplane through rectangular boundaries. By making the boxes narrower every 30 seconds, the arousal state of the participants was made to rise quickly, causing them to crash into the boundary. However, when neurofeedback was used, the subjects were able to perform better, being able to fly longer while successfully doing the difficult tasks that needed high levels of visual and motor coordination.

At Greenville Brain Training, they are taking advantage of this connection between neurofeeback and peak performance to offer help people in achieving peak performance. Some of the people and organizations that have used it successfully include the US Olympic Training Center; the Italian Soccer Team; the Norwegian Olympic Training Center; US Special Forces; US Army’s Centers for Enhanced Performance; Australian Special Forces, Human Performance Institute; NASCAR drivers; Formula 1 drivers; Navy Seals Training; West Point Military Academy; the Singapore Olympic Sports Council; and the Canadian National Olympic Sports Center.

Dr. JoJo Yonce, one of the doctors at Greenville Brain Training, points out that, “A subset of this peak performance realm includes those who wish to perform better in their career or work place. Executives, professionals and entrepreneurs have all benefited from creating a better functioning brain. People can do much more with much less stress when the brain is functioning optimally.”

Dr. JoJo Yonce points out that neurofeedback results into a balanced brain. And this has been observed to help a number of conditions, including anxiety or depression, insomnia, ADHD, migraines, concussions, dementia or Alzheimer’s disease, learning challenges, fibromyalgia, achieving peak performance, and autism. This is a non-invasive strategy and compared to the use of medication, there are no unwanted side effects.

Those who have used neurofeedback have given positive testimonials. For example, Lisa C. says, “We brought our son to Dr. Yonce thinking he was developing ADD. His initial brain mapping showed he did not have ADD, but had received a concussion while playing football. JJ started neurofeedback and in about 10 sessions, he made a huge jump. He became quick-witted, focused, and his grades improved. [...] He even made a perfect score on a science exam after missing almost two weeks of class due to illness. His teacher sent a note home saying she would not be sending any makeup work since he made 100 on the test. Neurofeedback works!” 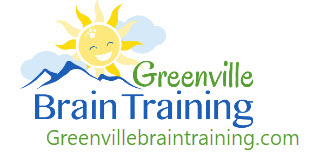 December 11, 2019 – Greenville Brain Training Reveals How Neurofeedback Can Be Used for Insomnia Treatment