Chicago, Illinois: The Law Offices of Parente & Norem, P.C. have filed a lawsuit on behalf of a widowed husband after Advocate Lutheran General Hospital allegedly breached its duty to exercise ordinary care for his expectant wife.

On March 29, 2016 around 4:00 PM, the Plaintiff’s wife, who was 32 years of age and 21 weeks pregnant at the time, was admitted to Lutheran General hospital with a fever, chills, coughing with pain, difficulty breathing, elevated heart rate, and elevated fetal heart rate. She was later discharged from Lutheran General on the same day, March 29, 2016, at approximately 7:00 PM with a diagnosis of the flu. No chest x-rays or laboratory testing was completed during her stay.

Just 2 days later, on March 31, 2016, at approximately 8:30 AM, the Plaintiff’s wife was admitted to Lutheran General Hospital again, complaining of the same symptoms as March 29, 2016. At approximately 9:00 PM on March 31, 2016, she was pronounced dead due to septic shock, cardiogenic shock, and influenza A pneumonia with streptococcal bacteremia. 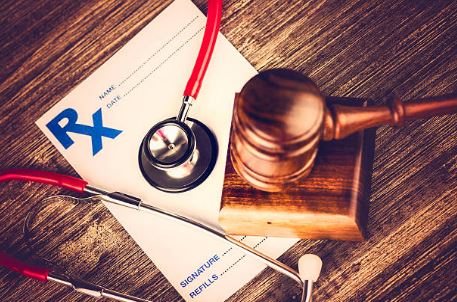 She leaves behind her husband and two minor children. The lawsuit alleges that Lutheran General failed to perform an x-ray and laboratory testing, and failed to properly diagnose and treat her symptoms of pneumonia. Attorney W. Jason Gatzulis from the Law Offices of Parente & Norem, P.C. said, “In researching this case we found that pregnant women and the elderly are more susceptible to complications from influenza, including pneumonia. We also discovered that this susceptibility is something well known to the medical community, and as a result pneumonia should have been a differential diagnosis upon her emergency room admission on March 29, 2016.”

Allegedly, had pneumonia been a part of the differential diagnosis, the Plaintiff’s wife would have been admitted to the hospital on March 29, 2016, and she would have started to receive the treatment needed to save her life.

The lawsuit was filed in the Circuit Court of Cook County, Illinois with the Law Division.

About The Law Office of Purav Bhatt:

The Law Office Of Purav Bhatt Chicago Criminal Defense Attorney Purav Bhatt has been using his training and experience as a former prosecutor to defend clients in Chicago and throughout Illinois.

Additional News Releases From The Law Office of Purav Bhatt: