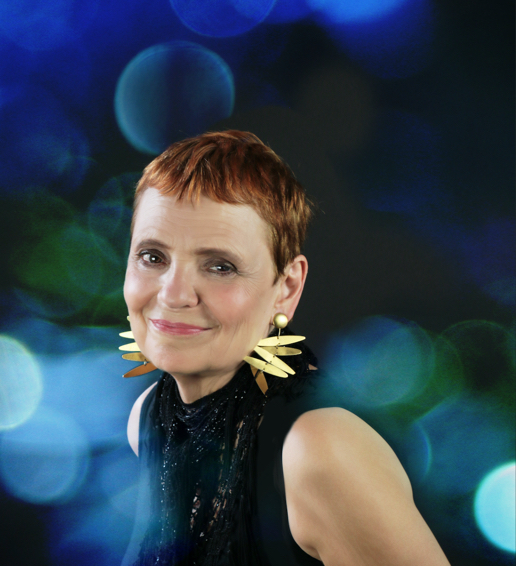 Billy Strayhorn, born in Dayton, Ohio in 1915, was a black gay composer and arranger who influenced the American jazz movement with his pioneering music. He was “in the shadows” in his lifetime, no doubt due to his personal life and unassumingly vibrant personality.

His complex arrangements for the Duke Ellington Orchestra, the classical components of his arrangements and his haunting, sophisticated melodies, have brought him to the status of one of Americas most gifted composers.

Teri Roiger (http://www.teriroiger.com) is a singer who has championed the Strayhorn repertoire. Her delivery is understated, her phrasing unique and her focus on Strayhorn’s signature nuances, as well as exploring the under-recorded work of the maestro, give her performances clarity of focus and a touch of elegance.

She will be joined on Thursday, November 29, with James Weidman on piano, John Menegon on the bass and Steve Williams on drums. This trio has performed numerous times with Ms. Roiger and they mesh together like the full moon and a starry sky.

James Weidman is one of the most versatile pianists in the world of music. He has performed with Abbey Lincoln and Joe Lovano among many others. Well known for his versatility, he is hailed as "unfailingly lyrical," "convivially assertive," and "exquisite”.

A longtime pianist in Ms. Roiger's bands, Weidman’s style complements the voice perfectly. Along with the rhythm section of Menegon and Williams, expect a dynamic evening of inventive, spontaneous musicianship.

This is Teri Roiger’s 7th appearance at Kitano, she is most known for her interpretations of the music of Abbey Lincoln, Billy Strayhorn, Billie Holiday and Thelonoius Monk, as well as the Great American Songbook.

November 29 will focus on the music of Billy Strayhorn and no doubt will include a few originals penned by Ms. Roiger, herself a lyricist, composer, and winner of numerous music awards.

Founder and curator of Jazz at Kitano, Gino Moratti has created a club that speaks to the beauty of a space dedicated to honest jazz, both modern and traditional.

An inviting room with excellent wine, cocktails, Asian inspired cuisine and a beautiful, well cared for Steinway piano, Kitano is a true jazz club and venue, located in the rear of the very prestigious Hotel Kitano, the first 5-star Japanese hotel in NYC.

A listening room and lounge in the heart of New York City, Kitano Jazz draws inspiration from the great piano rooms of New York’s past.

This listening room is a place for music lovers to have an intimate experience with the artists who are performing. Kitano is a musical environment for musicians and as such, non-musicians get the benefit of no-frills, excellent musical listening to the heart's content. Walk to the front of the club, get there early and relax into the musical creativity.

"Teri has an intuitive laid-back sense of time reminiscent of Abbey Lincoln and Betty Carter but with her own uniqueness."

"Teri Roiger has a voice like the finest bittersweet chocolate full of rich, dark, contradicting flavors that miraculously blend to create one of the most original vocal instruments in decades."

"To hear Teri Roiger is to experience that peculiarly beautiful combination of improvisation, tone, feeling, and phrasing that are distinct elements of jazz freedom. She is made for those who still understand the meaning of the term the real thing."