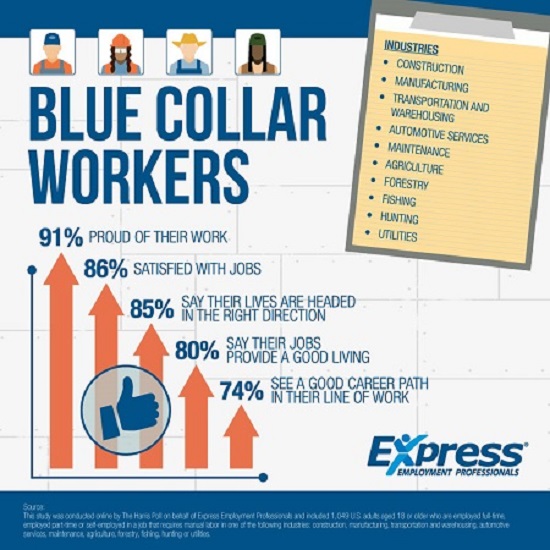 This study was conducted online by The Harris Poll on behalf of Express Employment Professionals, a leading employment agency in Bellevue, WA, and included 1,049 U.S. adults aged 18 or older who are employed full-time, part-time or self-employed in a job that requires manual labor in one of the following industries: construction, manufacturing, transportation and warehousing, automotive services, maintenance, agriculture, forestry, fishing, hunting or utilities.

July 26, 2019 – One of the Bellevue Employment Agencies is Designated as Specialized Recruiting Franchise

January 31, 2019 – An Employment Agency in Bellevue Shares a Survey on How Many Companies Don’t Anticipate a Recession in 2019

December 31, 2018 – Why Seasonal Hire for Employment in Bellevue, WA Has Slowed and Why It May Be A Good Sign Economically

November 30, 2018 – Safety Standard of Excellence is Earned by A Top Employment Agency in Bellevue, WA