NYC Debut: Zappa:: An A Choired Taste a 12 Voice Choir Dedicated To The Music of Frank Zappa 7.11.18 at Cornelia St. Cafe 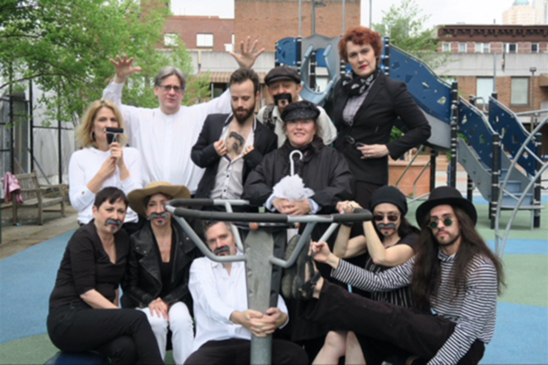 The accomplished American and New York local jazz pianist/composer Lee Tomboulian is excited to announce a debut performance of his new group “Zappa:: Ana Choired Taste”, celebrating the ever-relevant music of the late Frank Zappa, arranged by Lee for a full choir.

The show will include some classic Zappa songs, such as Who Are The Brain Police, City of Tiny Lights, Toads of the Short Forest, King Kong, The Idiot Bastard Son, Montana, Happy Together (a Zappa cover to The Turtles), and America Drinks and Goes Home, all in new and exciting arrangements for the choir.

Lee Tomboulian has led an eclectic musical life. As a pianist, composer, educator, accordionist, keyboards and choir director, his musical language is entrenched in the jazz idiom. Currently an Adjunct Professor at Long Island University, he has performed and recorded with many notable musicians, among them, Jack DeJohnette, Airto, Steve Swallow and Pharaoh Sanders. www.leetomboulian.com