Kilmarnock, Virginia: David K. Easlick is an expert witness and consultant for Fraternity lawsuits that involve Hazing and Risk Management issues. His goals are to eliminate hazing, sexual abuse, and binge drinking on today’s college campuses. Some of David’s qualifications include being a litigation lawyer and being part of the Fraternity system, including holding the title of Executive Director of Delta Kappa Epsilon International Fraternity for over twenty-nine years.

Every year for decades, the Law Firm of Manley Burke in Cincinnati publishes a periodical known as Fraternal Law, and every November they put on a weekend program known as the Fraternal Law Conference. Those around the world involved in Greek Life or Higher Education are invited to be involved in a day and a half program that covers legal developments in Greek Life. 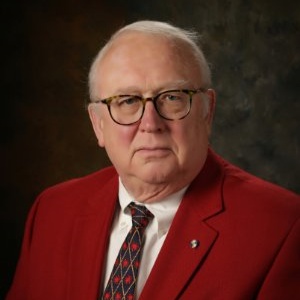 Although Mr. Easlick has attended a few of these conferences over the years, he has been banned from them for the second time as of this week. This follows a battle since last year when, after registering for the conference, he was told that he wouldn’t be allowed to attend due to the fact that he is “actively engaged as a witness in matters which may be discussed at the conference” and that those who run the conference “believe it would be inappropriate to provide a forum where facts or legal theories may be discussed in a way that could be perceived as compromising ongoing litigation.”

The opposition comes from the insurance industry. Ned Kirklin, Executive Vice President, Practice Leader/Shareholder of Holmes Murphy & Associates of Omaha – insurance broker for fraternities calls him an enemy of the Fraternity system for serving as an expert witness for the plaintiff in Fraternity Risk Management cases.

As David Easlick sees it, the whole focus of the Fraternity system should be to safely put young men through their college experience, which is not helped by excluding the representation of anyone injured by Fraternity hazing. Mr. Easlick states he believes the organization should “be interested in learning my views and seeing the difference that I perceive between ‘Risk Management’ and human caring.”

For more information, the original article regarding the matter can be found on David’s LinkedIn. If a reader wants to be part of the conversation regarding Fraternity Hazing and Risk Management they can visit and follow the Facebook page David created to address this ongoing issue. David is available as an Expert Witness in Fraternity Risk Management Litigation and can be called at (202) 409-4306 for more inquiries.

About David K. Easlick: David K. Easlick currently serves as a Senior Consultant for Humatec, an Expert Witness Group, out of Kansas. He is considered an Anti-hazing and Risk Management Specialist, and is an expert witness in trials dealing with hazing and Risk Management engendered lawsuits involving fraternities. He has represented both plaintiffs and a National Fraternity.

As the Executive Director of Delta Kappa Epsilon International Fraternity for over twenty-nine years, affiliate member of the North American Inter-Fraternity Conference, associate member of the Association of Fraternity/Sorority Advisors, business member, nonprofit member NASPA, and past member of FIPG and FRMT, he is an extremely qualified and understands both industry standards and best practices in Fraternal lawsuits.

As a lawyer and former litigator, David offers unique advice to counsel seeking it, however he does not try cases or seek out litigation clients.

October 12, 2017 – Expert Witness David Easlick on Fighting Fraternity Hazing, Where Fraternities Are And How They Got There, And The Built-In Failure of The Current System