San Rafael, Calif. – Express Employment Professionals of Marin County, a staffing agency in San Rafael, CA, released results from a new poll of unemployed Americans showing a greater sense of optimism about the future among the unemployed.

The Marin County Express office is located at 38 Mitchell Blvd, San Rafael, CA 94903 and serves the San Rafael, Novato, and Sausalito areas. Local businesses and applicants are encouraged to stop by, visit www.ExpressProsMarinCounty.com, or call (415) 200-3254. 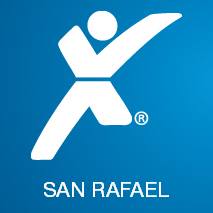 Express Employment Professionals in Marin County, CA is a locally owned and operated staffing agency that specializes in providing temp services to local companies and jobs to candidates in the San Rafael, Novato, and Sausalito areas.

January 04, 2018 – One of the Leading Recruitment Agencies in San Rafael Projects the Impact Staffing Agencies will have in the New Year

October 26, 2017 – One of the Leading Employment Agencies in San Rafael Promotes Getting Back to Work in Light of Recent Natural Disasters

September 22, 2017 – One of the Top Employment Agencies in San Rafael Participates in Express Game Day Sweepstakes

July 28, 2017 – One of the Best San Rafael Employment Agencies Promotes Growth in a Competitive Job Market through the Job Genius Social Media Campaign

February 27, 2017 – Staffing Agency in San Rafael, CA, Shows Their Commitment Towards Employment and the Community