Passengers of charter pilot Kevin Wickstrom should feel even more comfortable than most. Any flying condition that can arise is probably something that their pilot has had to deal with more than once. 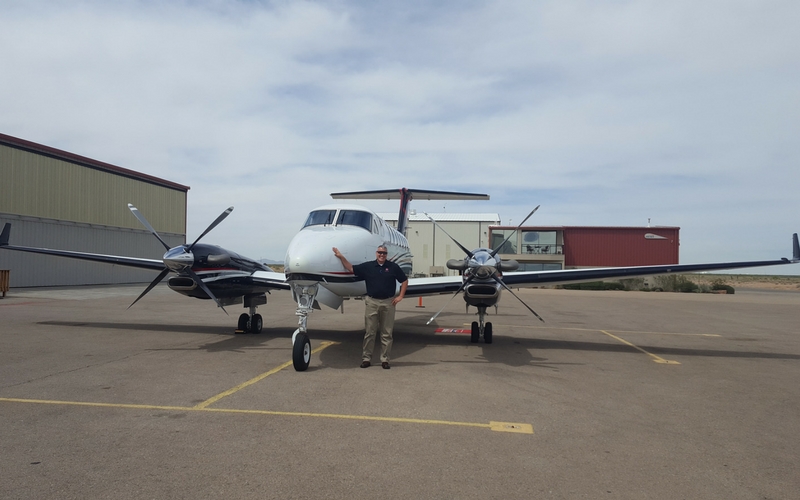 For the past few weeks, Wickstrom has been based in Santa Teresa, NM as the newest charter pilot with Francis Aviation. But flying charter is just the latest chapter in an extensively varied flying career that spans 26 years.

Like many young pilots, Wickstrom started his professional flying career as a flight instructor. Then he flew Apache helicopters for the Army for eight and a half years, including one combat tour to Iraq in 2005.

He worked in aircraft maintenance for some time. His Army “front seater” told him about an opportunity with the US Customs & Border Protection (CBP) Air and Marine unit in El Paso. 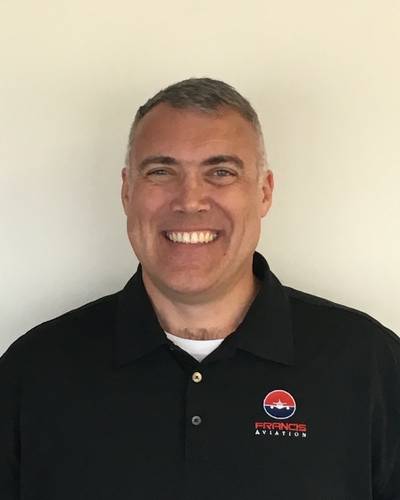 In his eight and a half years with the CBP unit, he flew many different airplanes and helicopters. He was also the Branch Safety Officer and an Instructor Pilot in several aircraft types. Single-engine Cessna 206 and 210s, OH6 Helicopters, AStar Helicopters, Hueys, and jets were all in a day’s work, depending on the mission.

“I remember once flying three different aircraft in one day – rotor and fixed-wing,” he remarked.

Chief Pilot David Filyes was pleased that Wickstrom applied for the job.

“I had seen his flying firsthand when I was a Border Patrol Agent with the CPB, so I was very comfortable hiring someone that I had flown with,” said Filyes. “He also knows the area really well!”

“I love the King Air. It’s the ‘Suburban of the sky’,” said Wickstrom. “You can load it up with passengers and luggage, and it has a nice long range.”

The Francis Aviation charter craft also include executive interiors and noise reduction. Wickstrom and his passengers enjoy a much more luxurious experience than he’s had in the past.

He enjoys flying passengers. “I’ve been in six states in the last week,” Wickstrom said, detailing an itinerary that included Virginia, Alabama, Illinois, Arkansas, Florida and back to Texas. “And you can’t beat the view!”

When not flying, Kevin enjoys spending time with his wife of 22 years, Christal and their daughter Kaci Wickstrom.

Francis Aviation provides luxury charter flights and FBO services at the Doña Ana County International Jetport and the Las Cruces International Airport. They serve the border area centered around El Paso, Texas. Nonstop charter flights are available to an approximately 1000 mile area covering most of the United States and Mexico. Francis Aviation can be reached at 844-589-4586 or online at FrancisAviation.com.

Interviews and high-resolution photos are available on request.