Filmmakers Tom and Tamara Balsamides have made their film “A Ticking Time Bomb” available on DVD on Amazon and also for download. 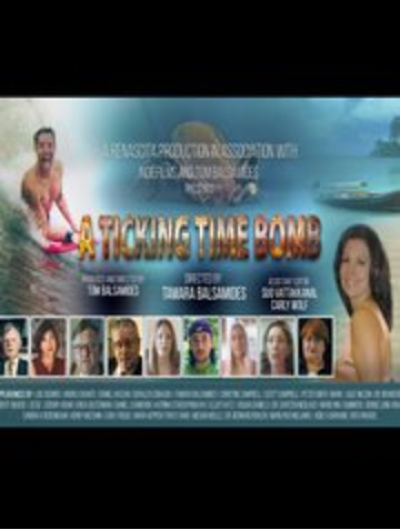 Featured along with Tamara’s story are stories highlighted by other people affected by Lyme Disease.

Illuminating the struggles of diagnosis, the inept medical systems that delay and misdiagnose treatments and the confusion surrounding the disease in general, the film exposes the many conflicting experiences endured by people who have been touched by this illness.

A must see for anyone who has been touched by Lyme, the film opens up a dialogue and encourages doctors, patients and family alike to pursue all the information that’s out there to make the best choices with regard to treatment and testing.

Along with personal footage and interviews with patients and doctors, this dramatic storytelling paints a picture that is both detailed and intimate. Although difficult to watch, it is profound and important to understand the confusion surronding the whole mystery of Lyme Disease.

Ms. Balsamides is an artist and is currently writing a book. Check out her latest work on her website.

Along with “A Ticking Time Bomb” Tom Balsamides is an award winning independent filmmaker, producer/director of the feature films “The Hunting Season”, “Early Release” and “The Extra Hour”.

For more information about Indiefilms LLC: