Pensacola, Fla. – Warrington Pack & Ship Business Center, a shipping Store in Pensacola, FL, is patiently awaiting a bill that could change the framework of postal services for years to come. The Postal Reform Bill is making its way through the committee and might just land on President Trump’s lap.

Postal reform legislation has been a conflicting topic in the postal industry for years. Over time, as technology has advanced, many postal services have gone belly-up and the remaining survivors have been forced to make serious budget cuts. Just in fiscal 2016 alone, the United States Postal Service suffered a 5.6 billion dollar net loss.

“The postal industry has been through the worst of it and needs this bill to be restored,” Thomas Armstrong said. “We’re really hoping that it makes it to the President’s desk and soon.”

Major unions, industry professionals, and lawmakers alike have all been voicing positive messages regarding the bill. It’s expected to revamp the Postal Service and keep earnings, income, and business in general on a more viable path in the future.

Being a leading packing and shipping in Pensacola, FL, Warrington Pack & Ship is smart to take notice of the potential to benefit from major changes in the postal industry. If all goes as planned and the bill is brought to life, business will be more fruitful than ever for the Postal Service after years of financial losses.

“There’s a lot of backing behind this bill,” Thomas Armstrong said. “A lot of influential industry leaders, lawmakers, politicians, and other professionals are supporting this heavily because of the positive impact it will have on the Postal Service and on the industry as a whole.” 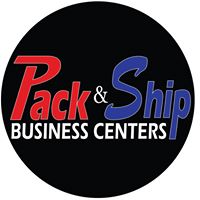