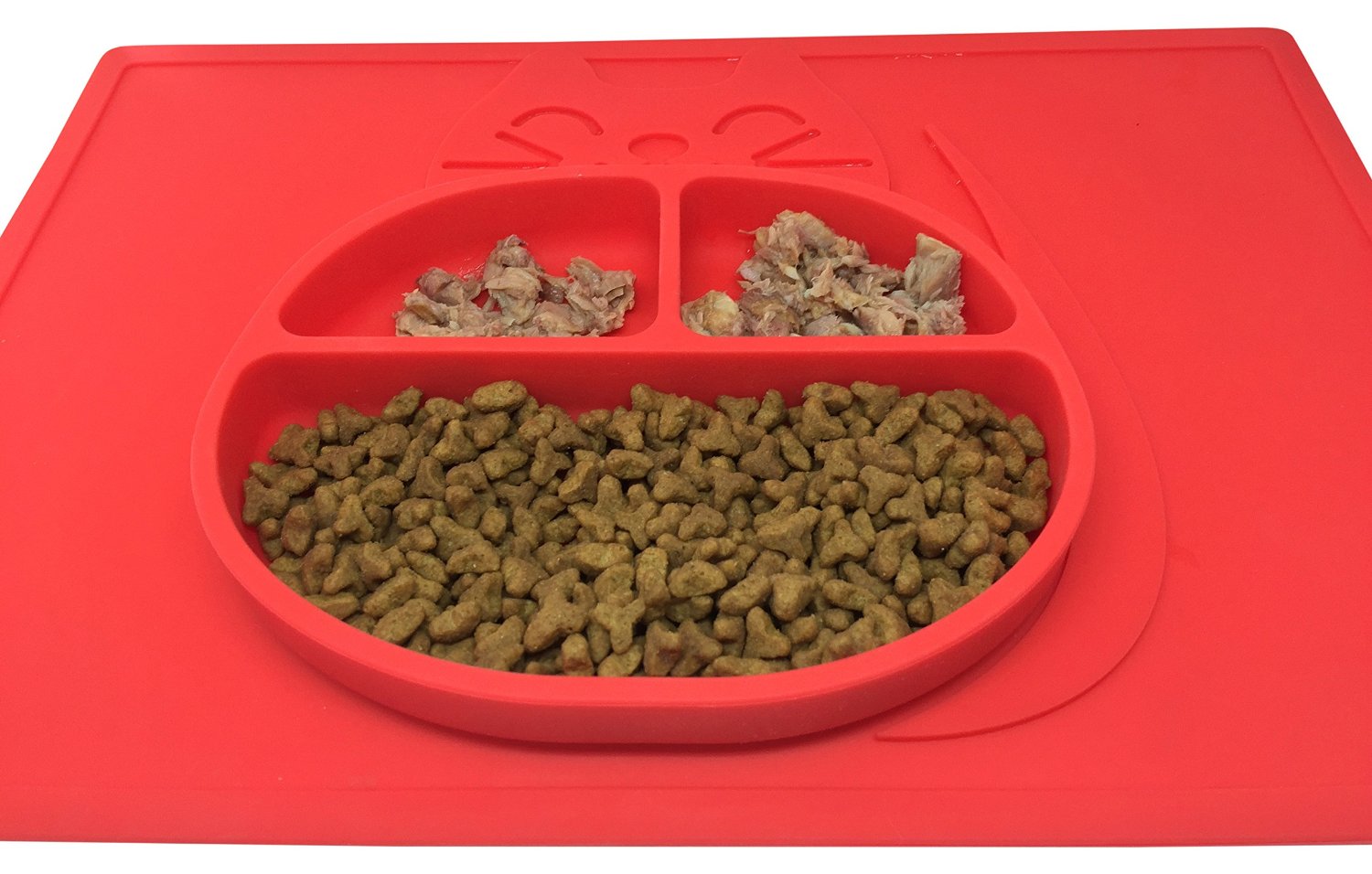 The new cat food bowl from Simply Pets Online has gotten several reviews during the short time that it has been released on giant shopping portal Amazon. Developed by professional veterinarians and used in actual pet clinics, the reviews have been positive for the most part, resulting in an overall rating of 4.7 out of 5 stars as it gains popularity among shoppers.

Reviewers have pointed out several attributes of the silicone Kitty Mat Bowl as beneficial in their comments, including its unique all-in-one design and ability to clean easily. “I love how it's a food bowl and mat in one. Silicone is great because I can throw it in the dishwasher when it's dirty for quick and easy cleaning. It doesn't hurt that this looks cute, either,” said Justine Maresca in a verified Amazon review.

One shopper, Rubix_Cubed, pointed out an alternative way in which the food bowl was used successfully, indicating versatility. “Very nice bowl, I actually use it for my baby to eat from (not a cat) and he loves it and thinks it's fun! It's well [made] and cheaper than the baby version of the placemat,” said the Amazon shopper.

Designed with three compartments, the product features a 1-inch ridge that separates wet and dry cat food, water, and cat treats. The happy-cat bowl also consists of a non-slip silicone mat that helps to keep food and water off the floor while cats have their meals, reducing the chance of mealtime messes. Additionally, the non-stick silicone product allows users to easily clean up after their cats, requiring warm, soapy water to be quickly rinsed and it is also suitable for dishwashers. The cat food bowl can also be stored in drawers or cupboards and can be reused over and over again.

With the initial response to the silicone cat food mat bowl from Simply Pets Online being mostly positive in the short time since its release, it is expected to become popular with pet lovers who shop on Amazon. The product also comes with several safety benefits in that it is free from harmful chemicals, including BPA, PVC, BPS, lead and Phthalates. It is currently available to all Amazon shoppers.

Founded by 2 vets with 1 mission: Create happy, healthy pets. Beautiful, practical, meaningful stuff to help enrich your pets life! We make what we love. We love what we do.

February 17, 2016 – Slow Feed Cat Bowl Suggested As A Good Idea To Reduce The Possibility of Bloat