Parker Waichman LLP, a national law firm dedicated to fighting for the rights of business owners, applauds the U.S. Court of Appeals for the Second Circuit for its decision to overturn a $7.25 billion antitrust settlement with Visa and MasterCard over swipe fees. The firm is proud to report that Jay L. T. Breakstone, Appellate Counsel at Parker Waichman, played an active role in obtaining this decision, which was issued because the settlement did not adequately represent all merchants in the class. The court ruled that the deal would be unfair to class merchants that accepted Visa or MasterCard after the settlement date. The case is: In re: Payment Card Interchange Fee and Merchant Discount Antitrust Litigation, case number 12‐4671, before the U.S. Court of Appeals for the Second Circuit.

The antitrust class action lawsuit against Visa and MasterCard has been underway for over a decade. The plaintiffs are merchants who allege that credit card companies plotted to fix the price of swipe fees, keeping them higher than they would be in a competitive market. In 2011, Visa and MasterCard entered settlements with the U.S. Department of Justice. As a result, Visa an MasterCard were required to allow merchants to offer discounts to create competition. In 2012, a $7.25 billion settlement was reached; merchants who accepted the cards from January 2005 to November 2012 would receive monetary compensation. For merchants who accepted the cards after November 28, 2012, certain rule changes would be implemented. The Second Circuit focused on a rule change that would allow merchants to place surcharges on customers using Visa or MasterCard. The court pointed out that this rule is limited because some states, such as New York, ban surcharging. Additionally, merchants who accept American Express would also face restrictions.

The three-judge panel said the settlement only accounted for compensation among the pre-November 2012 class and not the post-November 2012 class. The court pointed out that the problem of inadequate representation could not be remedied through judges or mediators. The fact that there is overlap between the pre- and post-November 2012 classes did not help resolve the issue. Circuit Judge Pierre Leval said the settlement violated the due process rights of merchants who fall under the post-November 2012 class. “This is not a settlement; it is a confiscation,” Judge Leval said, according to Law360. “No merchants operating from November 28, 2012, until the end of time will ever be allowed to sue the defendants, either for damages or for an injunction, complaining of any conduct (other than that enjoined) that could have been alleged in the present suit.”

Parker Waichman proudly comments that Jay L. T. Breakstone, Appellate Counsel at the firm, was instrumental in the court's decision. "There is no possible way that I know of for corporations or individuals to get justice unless they are adequately represented, and that is what the court is saying,” Breakstone told Law360. “Without adequacy of representation, everything after that is tainted.”

“We applaud the court's decision,” said Jerrold S. Parker, founding partner of Parker Waichman. “The settlement was unfair to post-November 2012 class members, failing to offer adequate representation. Our firm will continue to fight for plaintiff's rights in this litigation.”

The ruling was also applauded by the National Retail Federation. NRF Senior Vice President and General Counsel Mallory Duncan said, “This ‘settlement’ was never a settlement on behalf of the retail industry but rather a backroom deal that failed to represent the interests of retailers,” according to Law360.

Parker Waichman LLP continues to offer free legal consultations to business owners seeking to file an antitrust lawsuit. If you or someone you know is the victim of fixed pricing or monopolization, visit the firm's Antitrust Class Action Lawsuits Page at yourlawyer.com. Free case evaluations are also available by calling 1-800-LAW-INFO (1-800-529-4636). 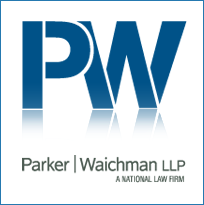 Parker Waichman LLP is a personal injury law firm located in Port Washington, NY. They deal with accidents, injuries and negligence of others.