A Crestview attorney at law from Gross & Schuster, P.A., operating out of Pensacola FL, is drawing attention to the fact that members of the LGBT community in Orlando still cannot donate blood. This is despite there being a significant shortage of blood following the massacre that resulted in the death of 49 individuals and wounding of more than 50 people at the Orlando Pulse nightclub.

"The FDA has received a letter indicating that hundreds of people who identify as LGBT are being refused at blood banks," says co-founder of Gross & Schuster, P.A. Terrence A. Gross. "They are turned away due to the FDA's guidelines that continue to discriminate against people in this community, not allowing anyone who had a same sex relationship within the past year to donate blood. Considering the tragedy, and the emergency need for blood, as well as the fact that the shooting affected the LGBT community, we feel these rules must be relaxed."

After the shooting, many people came forward to donate blood, but there continues to be a significant shortage. The Crestview attorney at law has received a number of complaints from people who have been turned away due to the fact that they are members of the LGBT community. At present, six of the victims remain in critical condition, and four remain in guarded condition. The Orlando Regional Medical Center has stated that there is a possibility that the death toll will still rise, therefore, and blood is desperately needed.

The FDA has recently revised its rulings on blood donations from people within the LGBT community. In the past, any male who had intercourse with another male at any point in his life was not allowed to donate blood. This was due to the belief that he is at increased risk of being HIV positive. Those restrictions were put in place in 1985, and they are now starting to be loosened. This is due to the tireless work of gay rights advocates, including Crestview attorneys, as well as advances in medical science, which make screening more effective. The FDA now gives blood banks the choice of whether or not to accept blood from gay men if they have not had intercourse for one year at least. 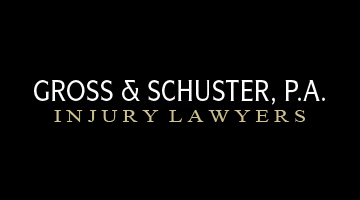 At Gross &amp; Schuster, P.A. we combine deep legal experience with a commitment to client service. Our lawyers are board-certified in civil trial law by the Florida Bar. Only 1.1 percent of Florida attorneys achieve this certification.

August 23, 2019 – A Founder of a Personal Injury Law Firm in Pensacola Celebrates 40 Years Service the Area

May 31, 2018 – A Job Agency in Pensacola Gives Back to Their Community