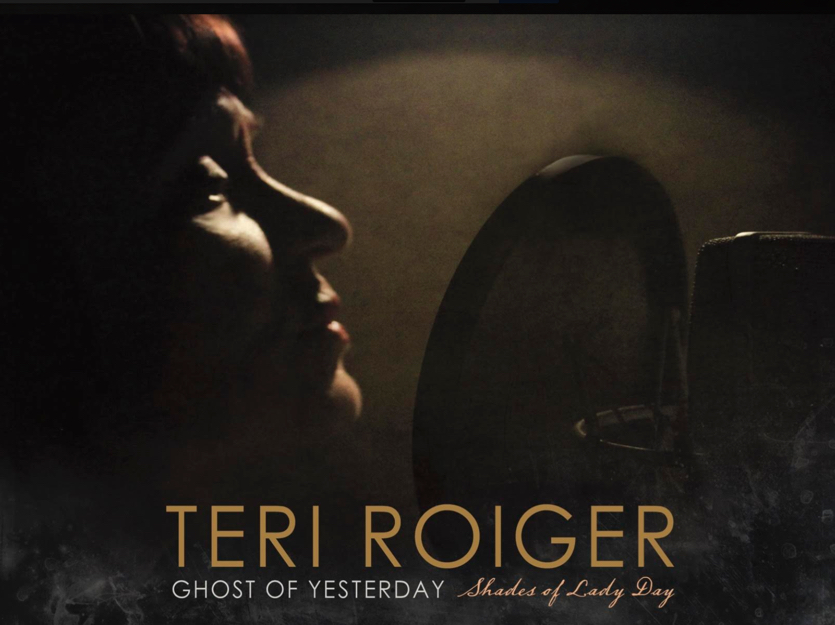 Sunday, April 7, 2019, Teri Roiger brings her Trio to the NYC venue Tagine Morrocan Restaurant in celebration of the birth of Billie Holiday. Billie Holiday was born in 1915 and was the seminal voice in vocal jazz history. Holiday’s vocal sound was reedy and energetic. She pioneered a unique phrasing style and was universally admired for her ability to swing.

Roiger’s latest recording project, “GHOST OF YESTERDAY: Shades of Lady Day”, is a heartfelt dedication to Billie Holiday, and Roiger brings her own jazz sensitivity to this diverse and interesting recording.

On this multi-dimensional project, Roiger shines a new light on the many facets of Billie Holiday. Her ebullient joy, her rebellious spirit, her rich sensuality, and the depth of her blues, while also underscoring her own formidable and unique talents as a vocalist and performer. This is Teri Roiger’s 1st appearance at Tagine, known for its fine Morrocan cuisine, easily accessible location and music and dance performances.

As a lyricist, Roiger’s original offerings to Ghost of Yesterday are lyrics to “Lady Day”. A seldom-heard song written by Leroy Johnson. “Lady Day” was presented to Teri by David “Fathead” Newman, the longtime saxophonist with Ray Charles, with the suggestion that she write lyrics to the hauntingly beautiful melody.

Roiger also wrote lyrics to the melodies of two of tenor saxophonist Lester Young solos, which reflect her empathetic embrace of the music, while exploring Holiday’s intriguing musical relationship with Young. She also added lyrics to an Ella Fitzgerald solo which appear on the track “Them There Eyes”.

Holiday aficionados will recognize that Roiger pays special tribute to Lady In Satin, one of Billie’s most hauntingly heartfelt albums, with new and beautiful arrangements by John Menegon of “You Don’t Know What Love Is” and “It’s Easy To Remember”.

Roiger will be joined on Sunday, April 7, by Steve Berger on guitar and bassist/composer John Menegon. Steve Berger was a longtime member of legendary Bob Dorough’s band for the last two decades, up until Dorough’s death in 2018.

John Menegon served as principal bassist for both Dewey Redman and David “Fathead” Newman for the last 10 years of their lives, and currently leads his own bands as well as playing with Joe Lovano and Steve Nelson, among others.

"Teri has an intuitive laid-back sense of time reminiscent of Abbey Lincoln and Betty Carter but with her own uniqueness."

"Teri Roiger has a voice like the finest bittersweet chocolate full of rich, dark, contradicting flavors that miraculously blend to create one of the most original vocal instruments in decades."

"To hear Teri Roiger is to experience that peculiarly beautiful combination of improvisation, tone, feeling, and phrasing that are distinct elements of jazz freedom. She is made for those who still understand the meaning of the term ‘the real thing’.”

About Jazz and Blues Media:

We provide press releases, videos and social media for artists.

March 08, 2019 – Pianist John DiMartino Appearing In Tribeca NYC Every Tuesday In March at The 75 Club