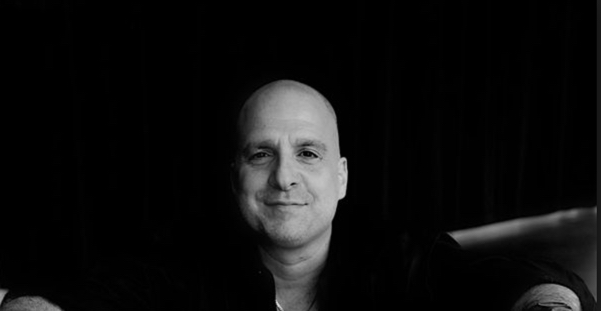 Jazz in New York City is alive and well. New York has always been and continues to be the mecca for jazz. The kind of jazz that blossoms in all genres. Traditional, also known as Trad, Avant Garde, Nu Jazz, Soul Jazz, Funk Jazz, and much, much more.

Artists from all over the world come to New York to hear the music, make the music and keep the music alive.

American born artists do have an edge when it comes to jazz. Often, in youth, there is an introduction to the great performers by attending a concert, having a knowledgable music teacher that plays the recordings of the originators, or having parents that play the music of the greats at home.

Thursday, March 28, 2019, at Mezzrow, two American born artists will be featured at Mezzrow NYC. Both players carry the tradition of bebop, the blues, contemporary compositional jazz and are each, in their own right, composers.

DiMartino, born in Philadelphia, Pa. and Plaxico, born in Chicago, Ill., both showed early musical talent. Nurtured by families that both supported them and encouraged them, their musical journeys have taken them all over the world.

Both are multiple Grammy winners and respected in the New York music community as bandleaders and record producers. Their musical communication skills will be highlighted this evening.

This collaboration is new for both musicians. Individually they have worked with many of the same bandleaders, but this will be their first time together as a unit.

In 1980 Plaxico moved to New York and soon began to appear with such artists as Chet Baker, Dexter Gordon, and Wynton Marsalis. His first extended tenure was with Art Blakey's Jazz Messengers: between 1983 and 1986, Lonnie performed on twelve of Blakey's albums, including the Grammy Award-winning, New York Scene. In 1986 he joined Jack DeJohnette's Special Edition, continuing with that group until 1993. Presently, Plaxico is the musical director and featured bassist for Cassandra Wilson; their critically acclaimed and award-winning collaboration has now spanned fifteen years.

In 1988 DiMartino moved to New York after a long tenure in Atlantic City Casino’s where he worked with Billy Eckstine, Keely Smith and many other stellar performers. His abilities as musical director for Jon Hendricks, Gloria Lynne, Grady Tate, Taj Mahal, and Janis Siegal, among others, also brought him further accolades as an arranger and pianist. A longtime member of Ray Barretto’s “New World Spirit”, Grammy-nominated producer for Freddy Cole and Issac Delgado, John DiMartino continues to further his musical journey with new and exciting projects.

March 28, 2019, will be an exciting meeting of these two innovative and creative musicians. Mezzrow NYC, owned and operated by Spike Wilner, continues to present high-value music to its loyal following of both New Yorkers, jazz lovers, students and tourists, who find the small intimate listening room a haven for real jazz.

The artists can be found online at www.johndimartino.com and www.lonnieplaxico.com.

About Jazz and Blues Media:

We provide press releases, videos and social media for artists.

March 08, 2019 – Pianist John DiMartino Appearing In Tribeca NYC Every Tuesday In March at The 75 Club